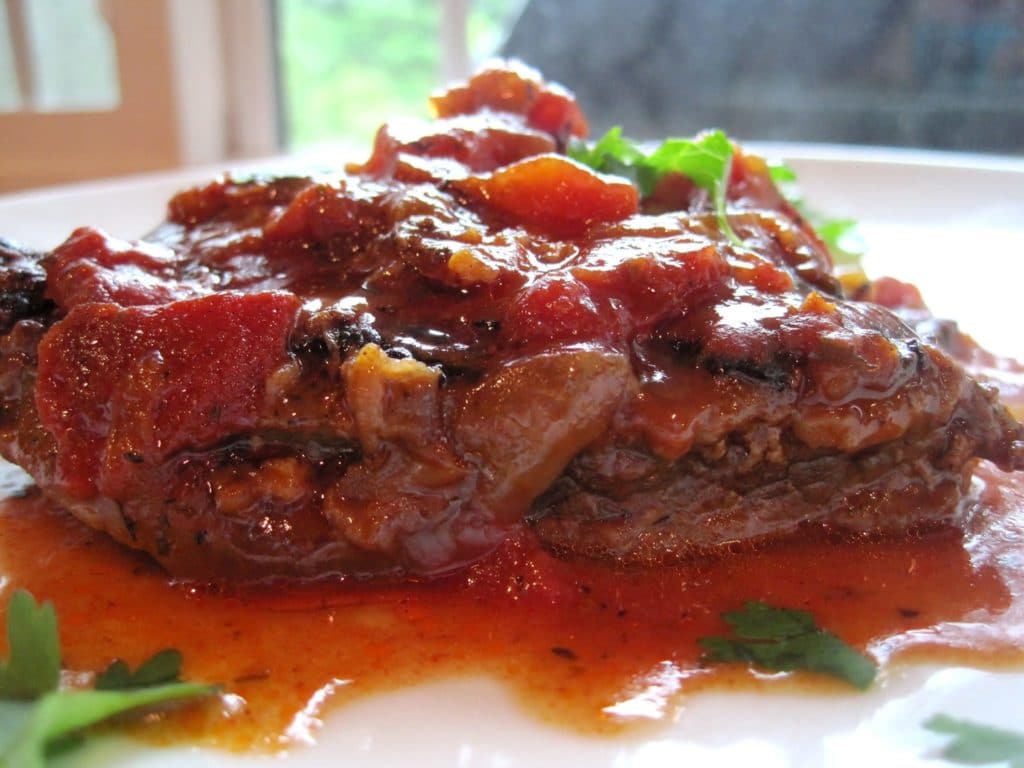 For those of you who have been paying attention to the general theme of my cookbook collection, you may have noticed a trend towards those written by or about celebrities and or famous people.  That was one of my initial criteria when I started picking them up and mostly still is, unless I come across one that’s weird, unusual, or cheap!  Every so often I’ll go to my favorite eBay store, thriftbooks, just to see if they have anything new that fits the bill.  The cookbook I have in front of me today is one of those.  It’s “Miss Kay’s Duck Commander Kitchen” by Kay Robertson with Chrys Howard and was published in 2013 by Howard Books and was written by a celebrity and was cheap!  Score!

So, then I got to thinking “whatever happened to Duck Dynasty.”  I was never a viewer of the series – but I have the T-Shirt that my husband picked up for me in West Monroe, Louisiana on one of his many treks to Florida. I did watch a portion of one episode at one of my daughter’s following a family gathering.  About all I can remember about it was her family never missed an episode and were really into it.  I think that particular episode had some bird-hunting/killing/plucking/slicing/ dicing/cooking involved in it.  My other daughter and her family (who just happen to be vegans) had a hard time sitting there watching all of the carnage and eventually turned to other

things to do and talk about.

The Robertson’s have pretty some strong family values and have actually built quite a financial empire over the past 30 plus years with their clothing line – Duck Commander.  Even though she spent a great deal of her time working along side her husband, Miss Kay raised a family and filled them, not only with good food, but also a stern hand nicely blended with warmth and love.

Her cookbook is filled, not only with great, rib-sticking recipes, but also with quite a few biblical references, anecdotes, and family photos.  Sharing that she uses a cast iron skillet or dutch oven to cook most of her recipes, she explains it’s because they can either be used on the stove top or in the oven and they heat up quickly. It’s also not terribly surprising that several of her recipes call for Duck Commander seasoning!

Well, if you’re lucky enough to own a cast-iron skillet or Dutch oven, here’s a fairly easy recipe to try out on your family.  First, heat your oven to 275° and season about 1 pound of tenderized round steak (tenderized round steak usually comes 4 to a package and I generally cut those in half to make 8 pieces) with salt and pepper and lightly sprinkle both sides with flour.  Heat a small amount of vegetable oil in your cast-iron Dutch oven (or cast-iron skillet, or ovenproof casserole dish) and brown the steaks on both sides and drain off the excess oil.  Add 2 celery stalks chopped in large chunks, 1 onion chopped in large chunks, 1 chopped garlic clove, 1 bell pepper chopped in large chunks, 1 14.5 ounce can diced tomatoes and 1 8 ounce can tomato sauce to Dutch oven along with the browned steaks.  Cover and bake for 1 ½ hours and serve with steamed potatoes or egg noodles.  You may not be a Duck Commander, but this meal will have you eating like one!